Bring on 2nd grade!! We are in full swing now of the 2015-2016 school year! We started the school year a few days later than expected due to the elections and the unknown of whether it would be safe or not for students to travel. So we had started on a Thursday and eased into the school year! 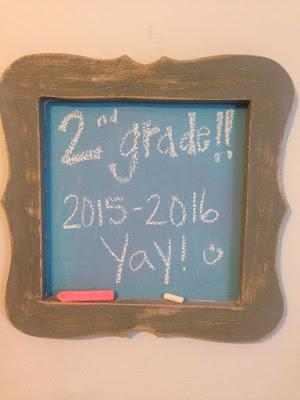 This little man was so bummed though when school got postponed!!
He was so excited to go back!! 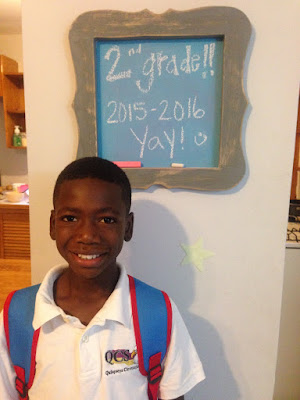 When the day finally came!! He was up and ready to go with a big ol smile on his face!! 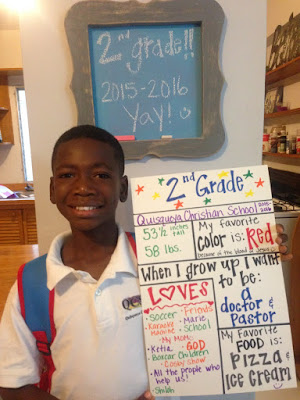 I on the other hand was still half asleep! I was enjoying summer and being able to stay up later and sleep in!! ;) 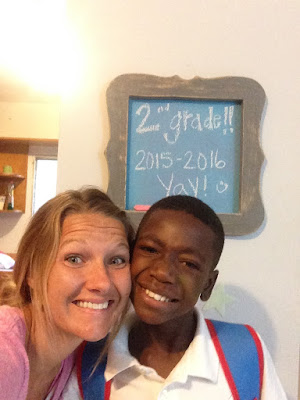 Loving his new backpack he got for his birthday from Kamala!! 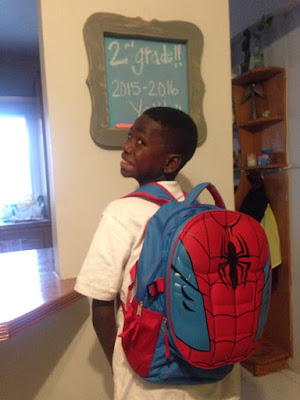 All ready to go!! 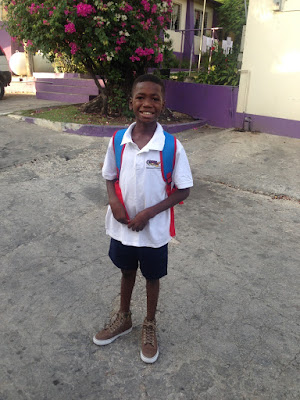 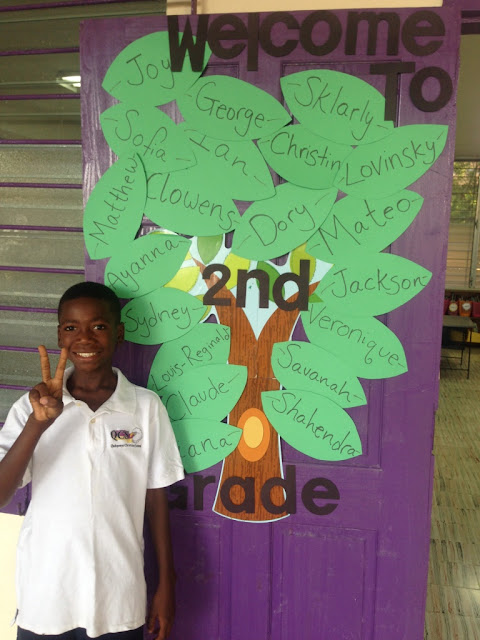 This school year is also bringing new change for me!! I am excited that this year I am teaching Physical Education!! Back in my old groove and I am loving it!! I have PreK-3rd grade and then I also have middle school and high school girls!

God has been taking good care of us in so many ways and I am so thankful for my new position and for my little man being able to go to Quisqueya Christian School!

We are taking baby steps but we are moving forward!!

A while back--several months ago actually--we started working on getting his birth certificate and had to get a letter from IBESR (which is like social services) we then had to take it to the mayor of Delmas to get it signed. Well we found out that apparently we didn't have a mayor at the time because he was running for some other office this election season...(election season in Haiti is a whole other issue)

Well not exactly...apparently the new mayor decided that the lawyer who was working on the case should be the one to sign it because he knew all the details...ok great.

but it wasn't that easy....because the lawyer was now on vacation and wouldn't be back for a couple weeks...ugh it felt like it was a never ending process! The only thing we could do was to walk out of that office (which we had been in and out of many times!!!) and laugh and trust that in His perfect timing we would get the letter.

FINALLY...last week we were able to walk out of that office with the letter in hand!! It was a such a tiny baby step, but it was a step and we are rejoicing in that!!! 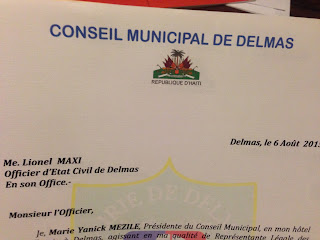 We were able to drop this letter off last week at another office to get a birth certificate made and are patiently waiting for it to be completed so we can move onto the passport!!

Little by little we will get this done...with LOTS of patience!! :)

Thank you all so much for your continued prayers we couldn't do any of this without you!!

Well my sweet little mans birthday has come and gone!! I would say he had one fantastic day and felt pretty special!

We still continue to get gifts and cards in the mail--THANK YOU TO ALL OF YOU WHO SENT HIM THINGS AND HAVE MADE HIM FEEL SO LOVED!!

Thank you so much to everyone who made it so great!!
We are so blessed by your cards and gifts!!
Posted by Jess at Sunday, August 02, 2015 No comments: