A little update on Ofane and his goats...
A couple weeks ago we were talking and he told me that Eve was having babies!! Apparently when we purchased Eve she was pregnant! Ofane was so excited about this!!
So another week or so went by and he had a question for me. He wanted to know if it would be ok if he sold Adam? Um...I asked him why he would want to do that? He Said he wanted to buy another female. Of course me and my silly thinking said to him, 'Don't you need a male so your females can have babies?' Yes he told me (duh of course!!) but he said that there were many males around and that he could basically take them to meet up and then have more babies! What a smart man he is!! :)
So while out today we ran into Ofane tending to his goats and moving them to the shade.
I will have to remember to ask him the name of his new goat next time I see him! ;) 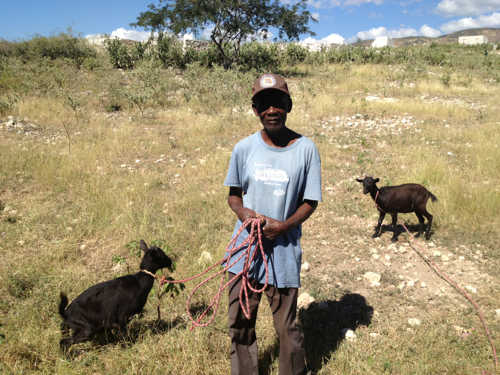 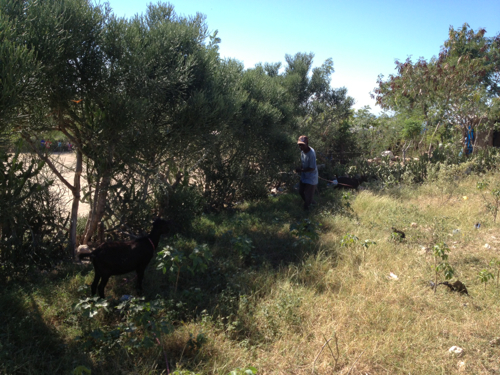 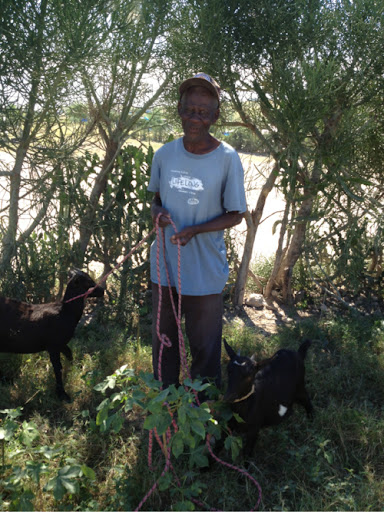